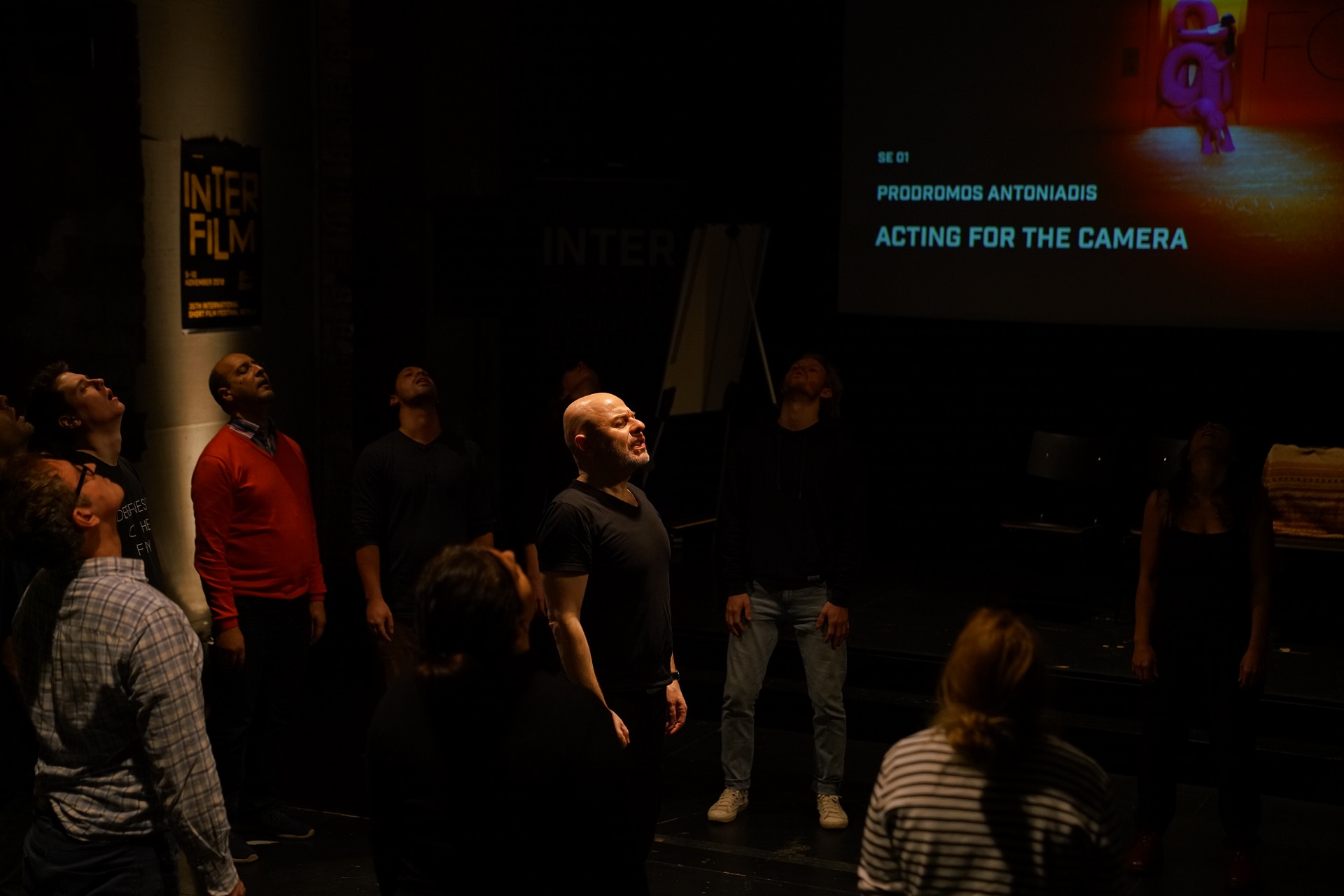 For actors, directors and screen writers.
What does the 3-week dffb / Berliner Studio “Dreh-Analyse-Dreh” (Film-Analysis-Film) seminar, that takes place from 16.11. – 04.12.2020 with Berliner studio participants and dffb student directors, look like?Acting for the camera is the central focus of this seminar. How do I work in a role as an actor? How do I manage to act naturally under the pressure of a film shoot?
The participants receive scenes from us or they can play in their own scenes. The scenes are individually prepared and rehearsed, then filmed with two cameras by the participants and then analysed together:
Which subjects / aims / dramatics arcs / questions are recognisable in the scenes? Which guidelines from the screenplay were neglected or not used at all? Using this analysis, the scenes are re-filmed. In this work we recalibrate the body, our instrument, itself. When do I play ‘too big’, when ‘too small’? How do I find the measure of reaction for a particular moment, for a particular stimulus, without being superficial or overly technical?
We find out, how our own perception under pressure of a film shoot functions and how we can keep our senses open. As actors, we train how to use our own instincts and how to directly take in new ideas and put them into practice, in order to minimise the distance to the role. We learn how to trust our own powers of perception and stay with the ideas – and in this way how to avoid common mistakes, such as ‘Swing Back’, conflict-free scenes, unrecognisable characters, actors without need, lack of contact between actors.
The well-known Berliner Studio exercises will be assigned to participants according to individual needs and subject matter. They help the actors to internalise their roles and react authentically to stimulus. (The whole arsenal of the Berliner Studio’s tools will be shared, as before, in a 5-week acting-seminar, see archive). During the three weeks, each participant will play in two to three scenes.
We look forward to seeing you!

In cooperation with the German Film and Television Academy Berlin

Newcomers please send us a CV and / or a link to Showreel / Rehearsal.

Timetable
The seminar runs daily from 10.00 to 17.00. Wednesday is a tutor-less rehearsal day. Saturday and Sunday are free, optional rehearsal days.

Please note, that you can get funding for up to 50% of the course fee through the education premium when your annual taxable income is less than 20,000 Euros and you submitted your application before the beginning of the course on 20.04.2020.